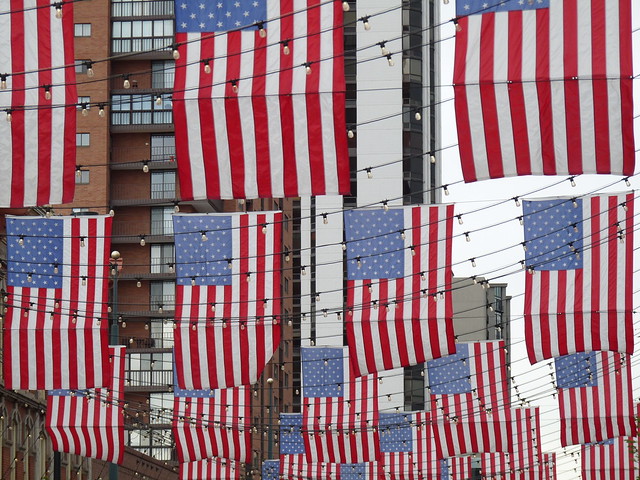 Depending who you ask and how you measure these things, there are anywhere from 297 to 19,354 cities in the United States of America, but quantity only reveals so much and often means even less. Numbers are useful for editing reality like that; to paraphrase a friend paraphrasing her former dentist talking shit about the locale in which we both reside, one person’s city is another’s “non-entity.”

In formal language there are alpha cities and Global Economic Power Index Cities, primate cities and megalopolises and Rannaly grades, but these tend to speak only to sums, and in a nation such as this the sum rarely tells the whole story, and such descriptors very quickly reveal themselves not all that useful outside of job searches or connecting flights anyway. Atlanta is indeed a major center of business, but no sane person would put it on the same level as most other major centers of Earth. London. Tokyo. You get the idea.

What we really have all around us is a class of city that is unique but repeated, individual in character but built of extremely similar components. The most major of cities are our exception, because by and large ours is not at all a nation of true power centers or vital cultural hubs, but of something else: not just the city in America, but the American City.

Having walked countless miles through no small number of them, experience has taught me that the American City is constructed neither of metrics nor of notoriety nor some artificially quaint, nonsensical olde-timey aesthetic, but of feel and commonality—the rhyme of history performed at the tempo of urban planning and in the key of the nation’s long, winding monoculture. Patterns expose themselves; parameters announce what’s around the bend, either subtly (by design) or simply (by force). The American City is not measured, but defined. 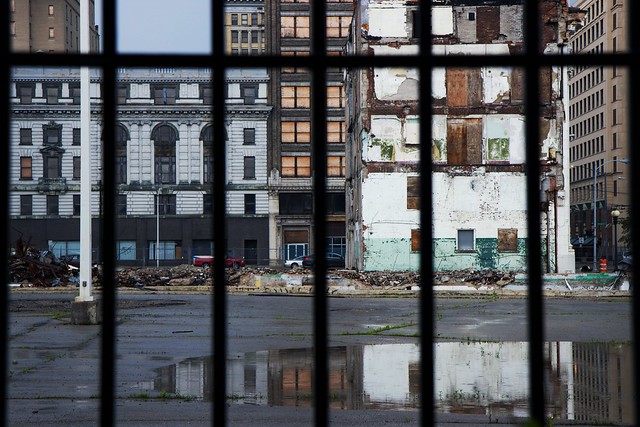 The American City can be anywhere, and chances are it shares a name with a lot of lesser versions of itself. Our nation’s vernacular usually puts it somewhere in the Midwest or Northeast; this is a mistake, as so many outside of those regions have proven to do the job in far, far better fashion.

Knoxville is an American City, but so is Tacoma. Seattle is not, but that’s not the point. Phoenix is not either, but maybe someday. Peoria (Illinois) is, though Peoria (Arizona) is not. Los Angeles is perhaps the finest urban playground on the continent, endless in possibilities, but it is not one by even the loosest definition. Lansing qualifies, as do most state capitals; Ann Arbor, like most other cities so elegant almost to a fault, does not.

The American City has a city center that mostly shuts down after 5 p.m. during the week and nearly altogether on weekends, though there will be a very nearby corridor that serves as the focal point of its nightlife and, in some of the more hopeful areas, there may also be an officially designated “arts district” in the vicinity.

It has a museum, and maybe even an unexpectedly nice one, but don’t get your hopes up: the American City is about seeing things, not doing things.

Springfield is one. All 41 of them.

The American City is a city more often than not past whatever prime it may have had but, no matter its present state, if you ask around folks will tell you 1) the place is totally fucked, 2) it was definitely better five, twenty, thirty years ago, and yet despite that will also tell you 3) a comeback is just around the corner. The latter is almost never true, and chances are the former two aren’t either, and you will realize the American People in their American Cities aren’t talking about geography or economics or the local art scene or even the city at all but about life itself, how topics like home and the future were much easier to view through the lens of optimism when they were younger, when they still had it all out in front of them, before time won out the way it always does, and that the city was never so much “nice” as it was “new.” In the American City, the past has a phenomenal winning percentage.

Louisville used to be one, but then they paved over it. Albany is one. Cambridge is not. Boston is a great city that could go either way. Chicago is, New York is not, and anyone who’s ever been to both knows exactly why.

Austin was for a very long time both a Texan City and an American City before folks guessed (incorrectly) it would be better off as neither.

There is more going on in the American City than a visitor would expect, no matter how much or how little they expected in the first place, though there is still less going on than a lot of locals might like.

That said, a real American City is not short on vacant buildings, either. 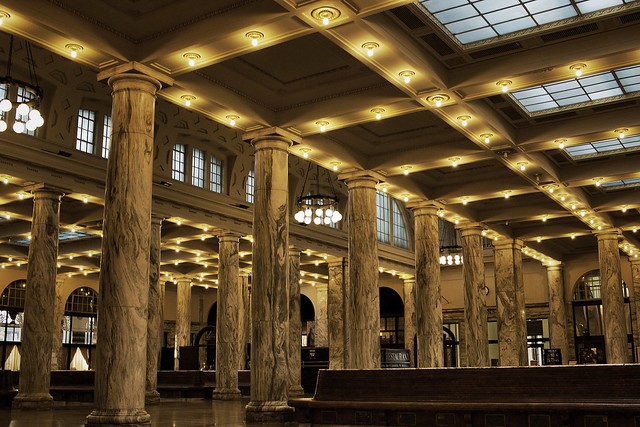 It needs no specific minimum number of residents. Racine, Wisconsin (population 78,860) is definitely an American City; Naperville, Illinois (population 144,864) could not be further from being any sort of city.

Nor does it need be a center, nor the pinnacle of some geopolitical mountain. Minneapolis and St. Paul are both such places despite their twinned existences. Along the Mississippi River you can find the Quad Cities bumped up against each other, although among the main four only three meet the standard. (You know who you are.)

Every American City at one point fell under the jurisdiction of an infamous (though not necessarily beloved) mayor, alderman, or governor—some local politician who for many years really ran the show. Far too many people will romanticize this person’s rule.

It, like anywhere, is always best seen on foot.

Birmingham is one whether anyone likes that or not.

It has at least one great bar—not just a place to have a good time, but a watering hole that shines even when empty—and also at least one Irish bar, and these are often—unfortunately—the same bar.

An American City has a dining establishment that has been made famous by one or more of the food-oriented television shows, websites, or magazines. This establishment is nearly always best passed over in favor of literally any other local-ish establishment. Contrary to popular belief, fame in fact does nothing to better the taste of pizza or horseshoes or whatever the American City is famous for.

Related to this, the American City will lay claim to having the best of some kind of food, and although it almost never does, the effort is always noble and the dish nearly as often delicious.

Toledo will be one forever. Gary remained one, defiantly, even after everyone left. Fort Wayne is one to a greater degree than anyone would ever believe. Indianapolis just misses the mark. Detroit becomes more of one with each passing day.

In the American City you can find something gorgeous, prestigious, or some combination thereof, named after the wildly rich person who paid for it.

The American City is unbearable at the height of summer.

New Orleans is not an American City, and folks are probably fine with that. Memphis is, and not enough good things cannot be said of it. Boulder comes pretty close. Kansas City fits the bill to almost comedic effect. Pittsburgh is one, absolutely, but less so than it used to be. Nashville is, but mostly on technicalities, and probably not for much longer. Baltimore and Philadelphia are but D.C., excellent as it is, does not even come close.

The police force in the American City definitely has a reputation, be that good or bad, earned or otherwise. The American City also almost always has a famously (or at least locally acknowledged) “bad” part of town which, should you find yourself deliberately or otherwise in it, will likely disappoint you by mere virtue of being not nearly what you had imagined. It is also just as likely to have another part of town you’ve never heard of but is far, far more downtrodden than you understood to be possible in a city this size. It is an amazing sight to behold, this infrastructure of misery and despair living so close to these small worlds of infinite possibility, which is to say nothing of the ease with which the American City can and will foster both at all costs.

The American City is the one which looks gruesome from a distance and sounds even worse in context, though only up close can a person say with any real authority what is and is not there, what stories and sights or struggles make up it or any other place. Its streets become its veins, no matter how thinned; its sidewalks its nerves, no matter how frayed. It has not just a heart but, however faint, a heartbeat to match, one that carries on despite whatever is going on just down the road. The American City is the city numerous and ugly in its faults but beautiful in its moments, one proving nothing more than how it was never built to last this long in the first place. Only by seeing one can you know one, and only by knowing one will you know the next one when you see it, so go on then. Find one.